Two of the best 2A teams in the southern part of the state get together in first round action as the Elba Tigers travel to Leroy to face the Bears in the ALFCA Game of the Week.

Match ups like these don’t usually occur in the first round. Elba (8-2) finished Region 3 tied for the top spot with Luverne (8-2) and Goshen (9-1).  The tie breakers put Elba in the third spot and traveling in the first round. Elba lost the opening game of the year to Pike County (7-2) before ripping off 6 straight victories.  But on October 20th, Elba lost to Luverne 20-4, creating the three way tie.

Leroy opened the season with four straight victories, including wins over 4A Satsuma and 5A Citronelle. After losing their first game of the year to a good Clarke County (8-2) team, the Bears lost to Region 1 foe St. Luke’s 38-35, giving them second place in the region.  Both Leroy and Elba could have easily been region champs.

Elba Head Coach Ed Rigby said there are “about four really good” Class 2A teams in the south part of the state.  He coaches one in the Elba Tigers and Leroy is certainly one of the others. Rigby believes his team has improved over the last few weeks.  The Tigers have spread their offense a little more to increase the number of threats his team can put on the field at one time and the move has paid off. 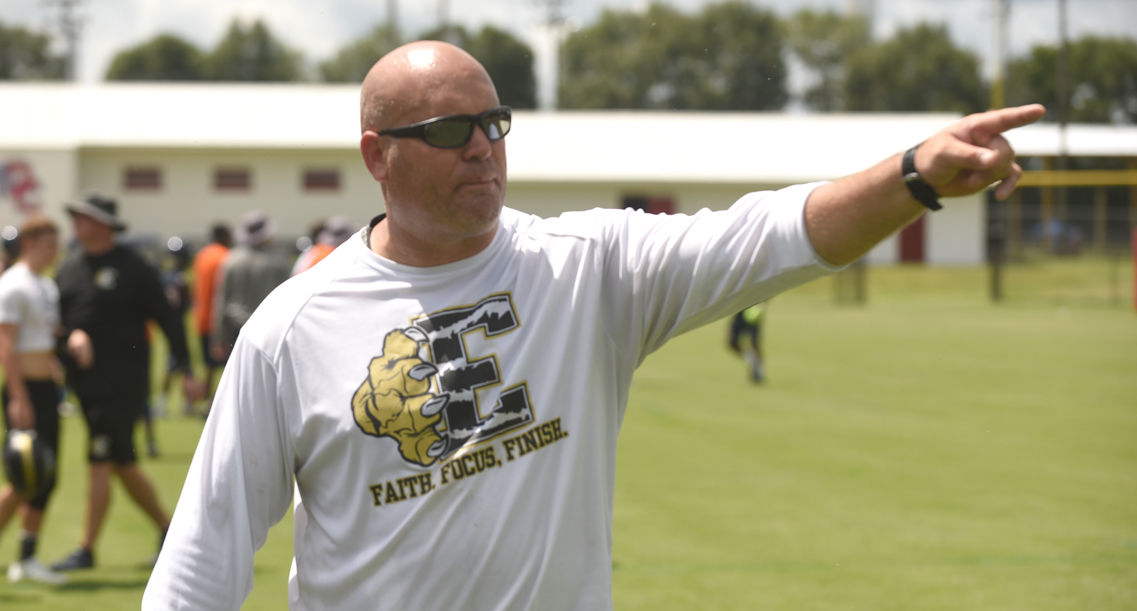 “Leroy has an excellent football team and will be a real challenge in this week’s playoff opener,” stated Rigby. “They run out of a spread on offense and have a lot of success both running and passing. They have a runner that has gained over 1,000 yards, a quarterback that has passed for over 1,000 yards and three quality receivers that share the load and can all catch the ball and take it the distance.”

Rigby says that the Leroy defense had given up a touchdown or less in 8 of their 10 games this season. “On defense, they really run to the football well and are physical up front,” he said. “They are a very well coached team on both sides of the ball, will be excited to be playing at home and no doubt will expect to win the football game.”

However, for Elba, the deciding factor in its two losses this season was turnovers.

“The bottom line is zero turnovers, Elba wins,” Rigby said. “We’ve got to hold onto the football, take away their opportunities, and don’t give them freebies by just giving them the ball.”

Rigby believes in this Elba team.  “It takes a special team with a winning mindset to win on the road in the playoffs, and I just believe our team will show up Friday night determined to win and to get back home.”

Leroy coach Jason Massey understands the challenge his Bears are facing. “You are talking about a team that has had great success in the last few years, winning two championships,” he said. “Having been a part of success like that when I was here with Coach (Danny) Powell several years ago, I understand that mentality.”  He said that teams like Elba may have something bad happen, but it will not bother them.

Massey said that Elba is very diverse offensively. “They still get in their double wing and run the ball and try to pound you, and then throw the play action pass,” he said. “But they will also will spread you out.  Elba does a great job of getting the ball to their athletes. And they always have some gadget plays that they will try and hit you with to get the big play.”

Massey said Elba will crowd the line of scrimmage on defense to stop the run and match up with man coverage on your receivers. “If we want to win the game, we will need to find a way to have some explosive plays on offense,” he said.

Massey believes that his team has played well this year, and is equally proud of what they have accomplished. “We have a really good, hard working group,” he said.  But he believes that the key to beating Elba is to slow down the Tiger offensive attack. “If we win, it will be because we played well on defense and limited their big plays.”

Both teams and communities have seen more than their share of winning and playoff success down through the years. The two 2A powers, who have combined for 12 state championships, 41 region titles and 1,080 wins, have met only once, with Leroy claiming a 47-21 playoff win back in 2008.

Get Creative With Your Screens