St.Paul’s opened the second half with a long touchdown drive capped by a Jordan Ingram touchdown run to break a scoreless tie and lead St. Paul’s to a 9-0 victory over UMS Wright in the Battle of Old Shell Road.  The first half had ended in a scoreless tie.

The opening drive of the second half grabbed the momentum for the Saints, who needed it badly.  UMS Wright had the momentum in the 24 minutes of the game.  The St. Pauls offense was dominated by the UMS Wright defense in the first two quarters, never crossing over into UMS territory. Meanwhile the Bulldog offense threatened to score on three different occasions in the opening half. Symon Smith broke a 48 yard run off a fake reverse early in the game and ran the ball down to the St. Pauls 10 yard line.  Bulldog QB Will Chapman lost the ball while running with a fumbled snap and St. Paul’s recovered to stop the first scoring threat.  Moments later, a UMS dropped pass in the end zone and a missed field goal allowed the Saints to keep the score at 0-0.  Just before half, QB Chapman completed touchdown pass on a scramble after a screen pass broke down. But UMS had linemen downfield and the score came off the board. 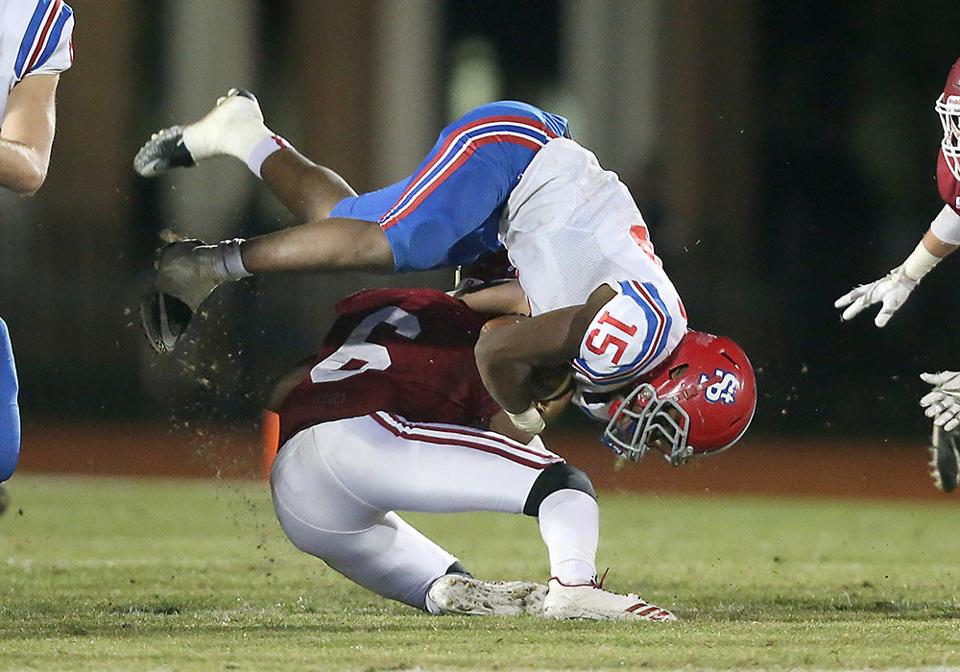 St. Pauls drove 68 yards to score on Ingram’s 3 yard run with 7:24 to go in the third quarter. The PAT was blocked by UMS, making the score 6-0. The teams traded punts before St. Paul’s took over with 2:28 remaining in the third quarter.  The Saints went on a time consuming, 9:48 second drive, mostly on the ground. The drive resulted in a 26 yard field goal by Wilson Beaverstock and gave the Saints (9-1) a 9-0 lead with 4:40 left in the game.

UMS Wright (8-2) drove to midfield, but could get no further as the stiff St. Paul’s defense stopped the Bulldogs to win the game. The entire contest was a physical match as advertised between the two squads, with both teams wanting to run the ball and both teams playing sideline to sideline defense. The Saints defense, which held on valiantly in the first half, was encouraged by the opening drive score and never allowed the Bulldogs a serious scoring threat in the second half. 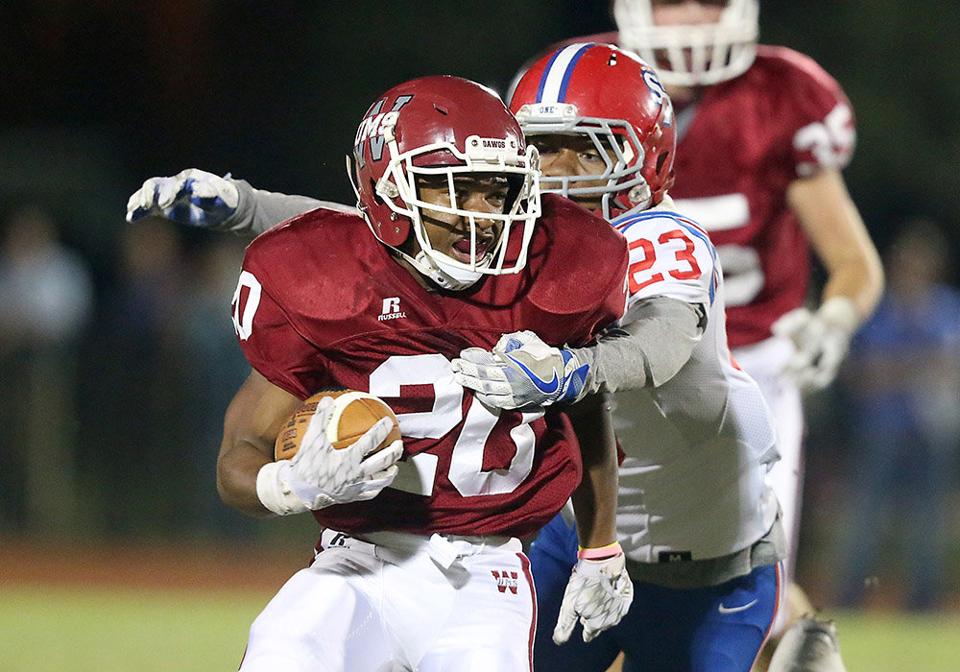 “I thought our kids came out and showed a lot of guts and a lot of character, gutted it out and got a big-time win for us,” said St. Paul’s coach Steve Mask. We knew we were going to run the ball, chew up some yardage, and that’s what we did, came back with a great field goal from Beaverstock, and I felt good when it became a two-score game.”

Savarese Meets with ALFCA Board