The Thompson Warriors converted two critical third downs and drove 99 yards to score the winning touchdown to come from behind and beat Hoover Friday night 32-25 at the Hoover Met.

Trailing 25-24, Warrior quarterback Taulia Tagovailoa converted a key third and eight from Thompson’s own four yard line by hitting Mo Edwards with a thirteen yard pass.  Moments later Tagovailoa hit Edwards again, this time and a third and nine play at midfield. The two finished off the game winning drive with a 12 yard touchdown connection with 4:53 left in the game. Michael Pettaway made the two point conversion to give Thompson the lead for good at 32-25. 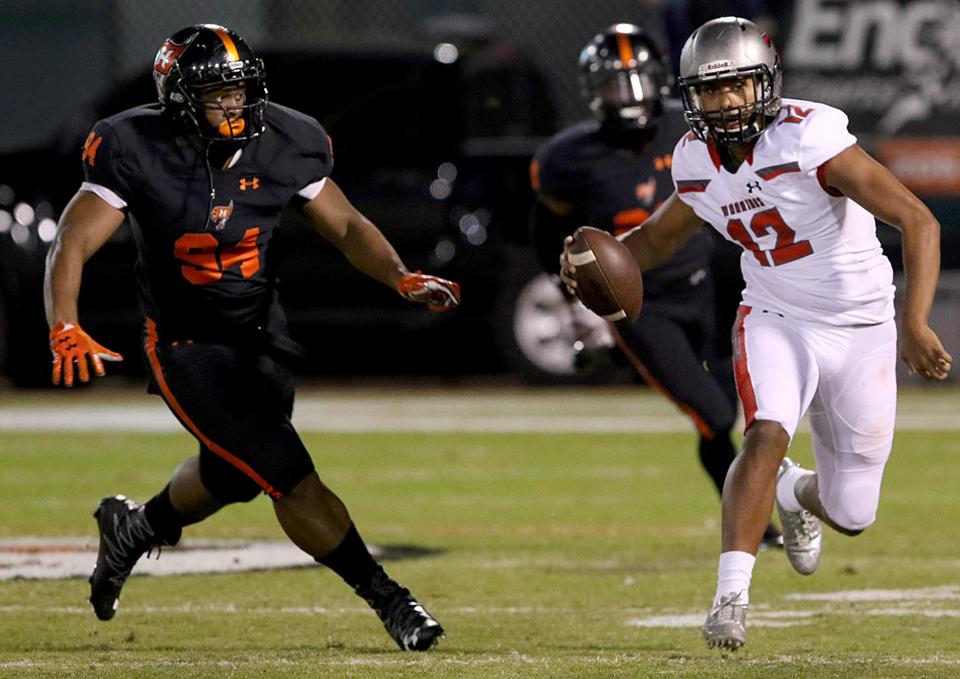 Hoover took the early lead at 13-3 behind two Larry McCammon touchdowns.  McCammon rushed for 148 yards on 13 carries. Shadrick Byrd got rolling for Thompson as he scored three unanswered touchdowns. Byrd would end the night with 130 yards on 28 carries and gave Thompson a 24-13 advantage. That last touchdown was set up when Hoover quarterback Jalen Parker lost a fumble and K.J. Robertson picked it up for the Warriors and returned it 18 yards down to the Hoover 1 yard line.

Late in the third quarter, Hoover’s Chase Brown intercepted a Tagovailoa pass and returned it 64 yards for a touchdown as the Bucs reclaimed the lead at 25-24. That set up the final stage for the fourth quarter drive by Thompson.  Tagovailoa hit 16 of 31 passes for 231 yards and Edwards had 7 catches for 130 yards for the 9-0 Warriors, who captured the region championship with the win.  Hoover at 7-2 finished second in the region.

“We can’t turn the ball over and have penalties,” Hoover coach Josh Niblett said. “It cost us on two or three drives. I said earlier in the week that it’s going to come down to special teams, turnovers and penalties.”

Niblett knew that turnovers would be a key in the game. “You can’t turn the ball over and you can’t have penalties that cost touchdowns. That’s my fault. I’ve got to get us prepared better to handle those situations.”

“I think it’s a step,” Thompson coach Mark Freeman said. “It is a step because we won the game. To do what we came up here to do, we had to play in this atmosphere. We had to come over here and face adversity, as much as we didn’t like it.” 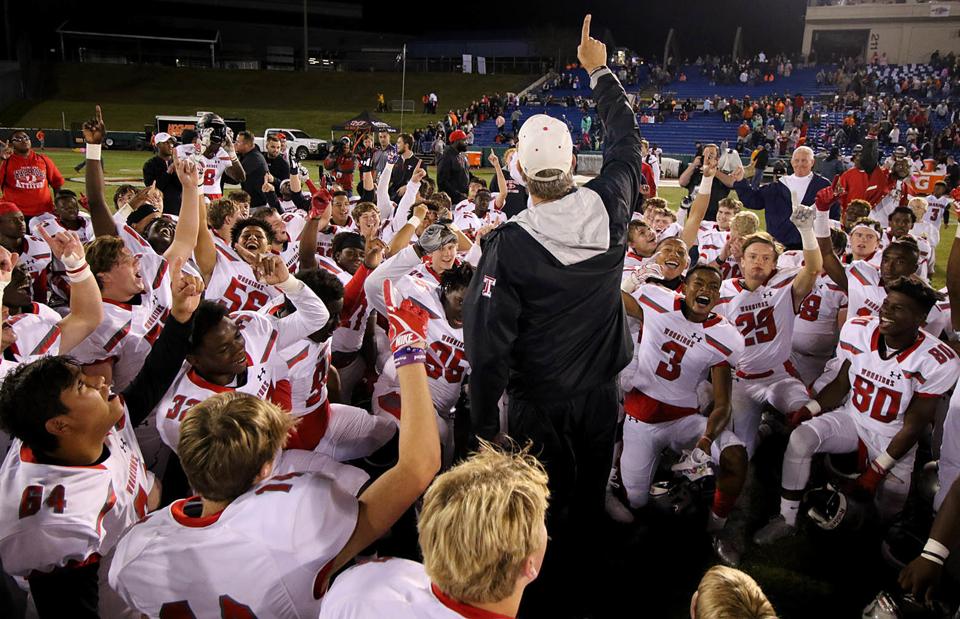 Thompson’s Mark Freeman with is team after the 32-25 victory over Hoover. Photo credit Dennis Victory

Thompson travels to Hillcrest Tuscaloosa on Thursday and Hoover plays host to IMG Academy out of Florida.

“Hats off to them. They have a great program and Mark’s done a great job,” Niblett said. “We’ve got to pick our heads up. We’ve got IMG next week and we’ll see what we’re all about.”

“In 24 hours, the win, just like if we hadn’t won, it has to go away,” said Freeman. “We’ve got Hillcrest and a Thursday game. A season’s not made on a game. I want the kids to enjoy it and let’s put in the work. We made some mistakes and we’ve got to learn from it.”

ALFCA Will Be at Summer Conference